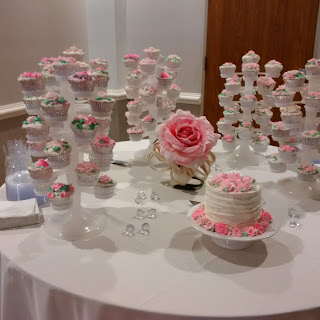 
Until recently, I haven’t thought much about wedding cake. But my newest release A Groom for Mama, started me on the search for blog topics, and since the cover has a wedding cake on it, I thought the history of wedding cakes would be a great idea.


Wedding cakes date all the way back to ancient Rome, but they did not resemble the sweet confections we associate with weddings. In ancient Rome, the bridal cake was a simple, unsweetened barley loaf. The groom would eat part of the loaf and break the remainder over the bride’s head. This was a symbolic act thought to bring prosperity and good fortune to the couple. Wedding guests would try to eat the crumbs from the cake so they could also share in the good fortune showered down on the bride’s head.


In medieval England, the bridal cake was composed of buns or small cakes. Stories remain from accounts telling of stacking the cakes as high as they would go. If the bride and groom were able to kiss over the tall stack it was thought they would have a life of prosperity.


By the 1660s the story is told of a French chef who was traveling through England and saw the stacked pile of cakes at a wedding. After returning home he devised a method of constructing rounded cakes or buns into a tower form called a Croquembouch. This tiered pile of cakes became the traditional French wedding cake. Today it’s common to place a Croquembouch on top of a more modern layer cake.


From the mid-1700s a Bride’s Pie was introduced at wedding meals.  The pie, which was a meat pie, not a sweetened concoction, was filled with sweetbread, mincemeat, or mutton. Bride’s cakes, which were more like fruitcake than the typical white batter cakes we associate with today’s weddings, might also be eaten.


Groom’s cakes appeared in the 1880s and were typically darker-colored fruitcakes that were much smaller than the bride’s cake. Bride’s cakes, in Colonial times, were very rich creations, often reserved for the wealthy who could afford the ingredients. Because they were so labor intensive to make, the cakes were made weeks ahead of the wedding and soaked in alcohol to preserve them for the wedding date.


In the 1800s bride fruitcakes were still the norm. In 1840, Queen Victoria introduced the white-icing tiered cake that we know today as a “wedding cake.”  The cake was iced in ‘royal icing’, which had been invented specifically for the royal wedding cake. Although the cake looked different on the outside, the batter was still the traditional fruitcake of the bride’s cake. The first tiered cakes, including Queen Victoria’s cake, had layers that were not edible. It wasn’t until 1882 when the first tiered cake with all-edible layers appeared at the wedding of Prince Leopold, Duke of Albany. Even today, our English friends choose the traditional fruitcake batter for their wedding cakes. Prince William and Kate’s wedding cake was made with a fruitcake batter, as was his mother’s and his grandmother’s.

Today’s wedding cakes can look like anything and be made of any flavor. The cake shown at the top of this blog was from the wedding of the daughter of a dear friend of mine. They chose cupcakes because the groom was lactose intolerant and he didn’t want to impose his limitations on their guests. The small cake at the front of the table was the one they cut and ate.  If you know someone getting married, why not suggest they think outside the box. It could be fun and beautiful.

What the most unusual wedding cake you've seen?

A Groom for Mama Blurb: Beverly Walters is dying, and before she goes she has one wish—to find a groom for her daughter. To get the deed done, Mama enlists the dating service of Jack Somerset, Allison’s former boyfriend.


The last thing corporate-climbing Allison wants is a husband. Furious with Mama’s meddling, and a bit more interested in Jack than she wants to admit, Allison agrees to the scheme as long as Mama promises to search for a cure for her terminal illness.

A cross-country trip from Nevada to Ohio ensues, with a string of disastrous dates along the way, as the trio hunts for treatment and A Groom For Mama.

Don't forget to comment on any post now through November 12th to get your name in the drawing for Sara L. Foust's book Callum's Compass! Winner will be announced in the November 13th issue of the Weekly Windup. Paperback giveaways are for U.S. residents only. 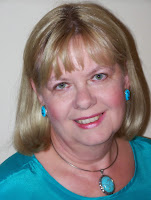 Multi-award-winning author Catherine Castle has been writing all her life. Before beginning her career as a romance writer she worked part-time as a freelance writer. She has over 600 articles and photographs to her credit, under her real name, in the Christian and secular market. Besides writing, Catherine loves traveling with her husband, singing, and attending theatre. In the winter she loves to quilt and has a lot of UFOs (unfinished objects) in her sewing case. In the summer her favorite place to be is in her garden. She’s passionate about gardening and even won a “Best Hillside Garden” award from the local gardening club.

Her debut inspiration romantic suspense, The Nun and the Narc, from Soul Mate Publishing was an ACFW Genesis Finalist, a 2014 EPIC finalist, and the winner of the 2014 Beverly Hills Book Award and the 2014 RONE Award. Her most recent release, A Groom for Mama, is a sweet romantic comedy from Soul Mate Publishing.  Both books are available on Amazon. You can connect with her at her website and blog: http://catherinecastle1.wordpress.com

Posted by Catherine Castle at 1:00 AM