Hi all! So excited to welcome this amazing author to visit with us today! 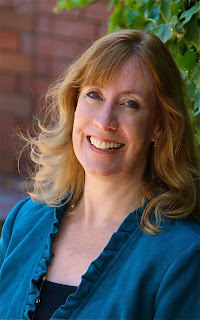 Sarah Sundin is the author of eight historical novels, including Anchor in the Storm. Her novel Through Waters Deep is a finalist for the 2016 Carol Award, won the INSPY Award, and was named to Booklist’s “101 Best Romance Novels of the Last 10 Years.” A mother of three, Sarah lives in California, works on-call as a hospital pharmacist, and teaches Sunday school. She also enjoys speaking for church, community, and writers’ groups. Please visit her at http://www.sarahsundin.com.

First of all, Sarah, I want to say how much I love your latest book, Anchor in the Storm! Lillian and Arch immediately drew me into their struggles and aspirations, and as always your setting is so rich and alive. I’m looking forward to the next book in the series!


We know you have been writing for a while now and have a wonderful backlist of WWII romances. But when did it all start for you? What made you decide to become a writer?

In 2000, I woke one morning with a dream that wouldn’t let me go. I had to write it. As a stay-at-home mom and a pharmacist, I had no plans to become a writer and no idea what to do! Over time I joined a writers group and started attending writers’ conferences. After years of writing, learning, rewriting, and rejection letters, my first novel, A Distant Melody, was published in 2010.

It is quite the journey to get to where you are! As I’ve already said, I love your latest book. Plenty of romantic tension and danger. Where did the inspiration for Anchor in the Storm come from?

My husband is also a pharmacist. A few years ago, he made a transition from medical research to community pharmacy—at the height of the narcotic abuse epidemic that’s finally making headlines just now. He began cracking down on shady prescriptions, which were clearly being used to funnel narcotics to the black market. In my overactive novelist’s imagination, I wondered what those drug kings were thinking. Would they try to get their revenge on my husband? So I transferred the situation to the World War II home front and made the scenario more dramatic by making my fictional pharmacist a woman…with a disability.

I must say, Lillian's disability, how she dealt with it and her struggles really endeared her to me. She had a lot to overcome, physically, emotionally and spiritually. I do love the inspirational elements in your stories. How does your faith and spirituality work in with your writing?

Since I teach women’s Bible studies, I’m familiar with how we “mature” Christians still struggle with elements of our faith. My spiritual themes come out of each character’s experiences and personalities—the fears and shame and pride and misconceptions about God that hold them back. Often these are areas I’ve worked through myself or am currently working through. I want to portray the reality of walking with Christ—the detours, false steps, and delays—but also His steadying, patient presence that is always there for us, urging us forward.

So true and beautifully put. What do you want readers to come away with after reading your books?

Although a story theme emerges in each novel and I dream of how that could affect readers’ hearts, I’ve learned God is far bigger than my themes. I’ve received countless emails and messages from readers who tell me how some element of a story challenged them or touched them or convicted them. It’s often something I never intended. But that’s how God works—He takes my feeble words, rearranges them, and inserts them in His children’s minds and hearts to teach what He wants to teach. I’ve learned my only job is to obey and keep churning out the feeble words for Him to play with.

I think being an instrument in His hands is the most rewarding part of writing inspirational fiction.
Now for something really random. Let’s say you are running against a deadline, or something else is life is stressing you out. What is your favorite comfort food or beverage?

I need to chew. If I’m being naughty, that means gumdrops or gummy bears, something with some give—plus a fruity flavor. If I’m being good, I grab the chewing gum. A few days before my daughter’s wedding last summer, my mother teased me about how hard I was chewing that gum.

LOL.
Speaking of favorites, what is one of your favorite scenes from Anchor in the Storm?

Speaking of chewing…(ha!) One of my favorite scenes takes place at Boston’s landmark restaurant, Durgin-Park, which was famous for its surly waitresses. Lillian Avery is new to town and is insulted by the surliness, but then her friend (and future love interest) Arch Vandenberg clues her in. I’d planned to have Lillian simply relax and enjoy the food and company, but Lillian surprised me. She gave the waitress some sass, and their banter made me laugh. Plus, it baffled poor Arch. So I kept it.

That was a really fun scene. :)
Now, Anchor in the Storm is the second book in your Waves of Freedom series and I am looking forward to book 3 that releases early next year. Is there anything you can tell us about When Tides Turn?

When fun-loving glamour girl Quintessa Beaumont learns the Navy has established the WAVES program for women, she enlists, determined to throw off her frivolous ways and contribute to the war effort. No-nonsense and hoping to make admiral, Lt. Dan Avery has been using his skills to fight German U-boats. The last thing he wants to see on his radar is a girl like Tess. For her part, Tess works hard to prove her worth in the Anti-Submarine Warfare Unit in Boston—both to her commanding officers and to the man with whom she is smitten. When Dan is assigned to a new escort carrier at the peak of the Battle of the Atlantic, he’s torn between his lifelong career goals and his desire to help Tess root out a possible spy on shore. The Germans put up quite a fight, but he wages a deeper battle within his heart. Could Tess be the one for him?

So much to look forward to! Thank you so much for joining us today, Sarah. For me it has been a huge treat. We look forward to all your future projects!

For plucky Lillian Avery, America's entry into World War II means a chance to prove herself as a pharmacist in Boston. The challenges of her new job energize her. But society boy Ensign Archer Vandenberg’s attentions only annoy—even if he is her brother's best friend. During the darkest days of the war, Arch’s destroyer hunts German U-boats in vain as the submarines sink dozens of merchant ships along the East Coast. Still shaken by battles at sea, Arch notices his men also struggle with their nerves—and with drowsiness. Could there be a link to the large prescriptions for sedatives Lillian has filled? The two work together to answer that question, but can Arch ever earn Lillian's trust and affection?

If you have read any of Sarah's books, which was your favorite so far? Do you have any personal connections to WWII?

Don't forget to leave a comment to get your name in the drawing for  Dawn of Liberty by Amber Schamel! Winner announced in the Weekly Windup on July 18th. Check out all of our great prizes on the Prizes Galore page.