To celebrate the arrival of my brand new historical romance Misleading Miss Verity (out today!) I thought I’d share some fun facts from my visit to Scotland a few years ago.

1.     Scotland has lots of castles
There are some estimates that Scotland has anywhere from 2000 to 4000 castles – depending on what constitutes a castle – which is one of the highest castle per capita in the world! These vary from world famous buildings still used today, such as the brooding Iron Age fort that became Edinburgh Castle, and the Queen of England’s home for her summer escape (Balmoral Castle), to the weathered ruins of Urquhart Castle, sitting beside Loch Ness, and the hundreds of lesser known castles that dot the countryside. For the cover of Misleading Miss Verity I transplanted the fairytale castle that is the ancestral home of Clan Sutherland about 300 miles south to Kirkcudbright. I still remember dreaming about wishing to visit this castle that’s on the opposite side of the world to me, and was so blessed by God to have this opportunity in 2015. God is good!
Dunrobin Castle, northern Scotland, used in the cover of Misleading Miss Verity 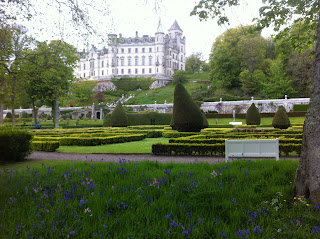 2.     Haggis isn’t so bad.
Yes, some people like to complain about Scottish food, but I think what is the point of travel if you don’t try new experiences – and that includes trying the food. Haggis has long been known as one of Scotland’s national dishes, and is a mixture of ‘sheep’s pluck’ (heart, liver and lungs) minced with onion, oatmeal, salt, spices and suet, and sometimes stuffed in a sausage-like casing, or served like a crumbled black pudding. It’s yummy, and tastes like a peppery, savoury minced meat pudding. Don’t judge it until you try it. (And remember, all that iron is good for you!) 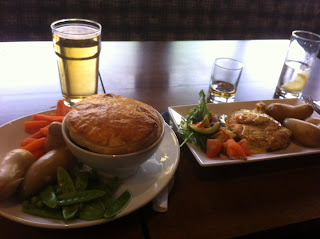 3.     Scotland is great for walking.
Or so I’m told by my sister, who happily hiked through Glen Coe, a desolate valley famous for the Battle of Culloden, where Scottish highland clans were defeated brutally by English forces in 1746 (& immortalized in the Outlander series). While she walked I was busy driving to see Dunrobin Castle, where I walked the grounds, and took a tour through the castle. With so many fascinating places to see, walking is a great way to get immersed in the countryside and hear the birdlife, and feel the Arctic winds. 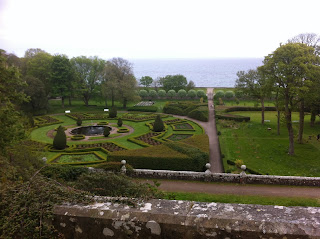 The grounds of Dunrobin Castle, looking out to the North Sea

Want to know more? Visit my website www.carolynmillerauthor.com and see more of the pictures of my time in fabulous Scotland.

Want to visit Scotland? Check out Misleading Miss Verity and enjoy your own Scottish escape. Here’s the blurb: 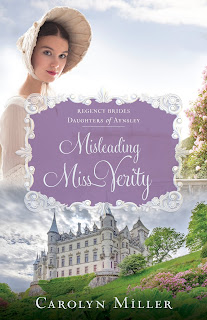 Verity Hatherleigh has a mind of her own—but her actions do not impress her viscount papa. When she gets into one scrape too many, she's sent to the wilds of Scotland to rethink her headstrong ways. Anthony Jardine relished his role as curate, but his new duties as laird of Dungally aren’t always to his liking. Though he thought his new inheritance would be a blessing, somehow he’s finding nothing but trouble on these estates. And the intelligent, compassionate, feisty lass who was sent to rusticate in his territory is one of the biggest problems. He’s falling in love with her, but she doesn’t share the faith that’s his foundation—not to mention he’s been lying to her about who he really is. For the truth-loving Verity, that may be unforgivable. The tangled web these two have woven may spell disaster for their happiness—and for the tenants of Dungally. 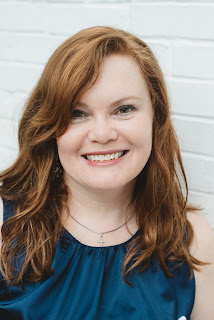 Carolyn Miller lives in the beautiful Southern Highlands of New South Wales, Australia, with her husband and four children. Together with her husband she has pastored a church for ten years, and worked as a public high school English and Learning and Support teacher.
A longtime lover of romance, especially that of Jane Austen and Georgette Heyer’s Regency era, loves drawing readers into fictional worlds that show the truth of God’s grace in our lives. Her Regency novels include the award winning The Elusive Miss Ellison, The Captivating Lady Charlotte, The Dishonorable Miss DeLancey, Winning Miss Winthrop, Miss Serena's Secret, The Making of Mrs. Hale, A Hero for Miss Hatherleigh, and Underestimating Miss Cecilia, all available from Amazon, Barnes & Noble, Book Depository, Koorong, etc

Email ThisBlogThis!Share to TwitterShare to FacebookShare to Pinterest
Labels: Tidbit_Tuesdays