Medical Care During the American Revolution by Joan Hochstetler

Way back when I first began to write Daughter of Liberty, Book 1 of my American Patriot Series, I knew my main female character, Elizabeth Howard, was going to be a spy, courier, and smuggler for the patriots, in disguise as a man. So obviously she’d have to have access to and involvements with the enemy, in this case the British military establishment occupying Boston in 1775. The easiest solution was for her parents to be loyalists from whom she concealed her nefarious activities. And as a pretext for their having close relationships with high-level British officers, I made her father a prominent doctor. 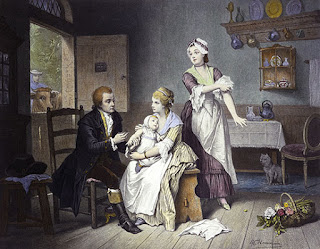 Since she had no brothers, it made sense that she would have shown interest in her father’s work and that he might have trained her to assist him. Thus she would become a skilled doctor herself. Not only was it common in the colonies at that time for young men to receive their medical training as a doctor’s apprentice, but that would also open up even more possibilities for her to gather intelligence during the time when the American revolt against Britain was turning into a shooting war. But I needed to know whether this scenario would be plausible in the 18th century.

In writing historical fiction, authors need to be careful not to portray their female characters as “liberated”: holding opinions and acting in ways that weren’t acceptable for women of that particular period. It’s equally true, however, that we tend to assume that women’s roles were more restricted than they really were. There are many examples throughout history of women who stepped outside of what was considered proper behavior for the female sex and carved out a niche for themselves within their society. So the first thing I needed to do was to find out what medical care really looked like back then, especially in a military setting. How were sick and injured people treated, and just as important, who did the treating? 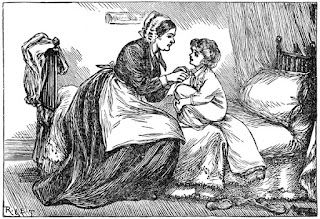 What I discovered is that in the American colonies, and later in the incipient United States, medical care most often happened within the home, with women as the primary healthcare providers, at least until the situation became dire enough for a formally trained doctor to be summoned if one was even available. Housewives were expected to serve as doctor, nurse, and druggist for their families in addition to their other domestic responsibilities. From their mothers, other women, and even from the Indians, they learned traditional nursing methods, the uses of various medicinal herbs, and how to concoct remedies using spirits. And since they bore the children, they also assisted female family members, friends, and neighbors during childbirth. 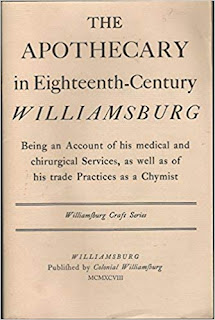 Throughout history women skilled in the medical arts have also served the needs of their communities as well. Many housewives kept journals where they recorded recipes for medicines that they found in newspapers, almanacs, and popular medical handbooks. In the 18th century some not only prescribed and prepared, but also advertised their own cures for sale. Wartime especially offered opportunities for service to women who had medical skills. They worked as nurses for pay, assisting camp surgeons who might be responsible for as many as 600 men. Overseen by a matron, they prepared and administered medicines, dressed wounds, cleaned beds, and cooked meals for wounded and sick soldiers. 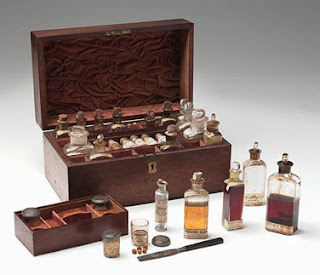 So it turns out that it’s not at all implausible that a doctor in the 1700s might give his daughter practical medical training, with an eye to her future responsibilities in her own home, if nothing else. And clearly such a woman would likely be welcomed by an army in the aftermath of bloody battles, when her abilities were desperately needed. Endowing Elizabeth with skill as a doctor and surgeon has opened many opportunities throughout this series for me to place her amid the crucial historical events of the American Revolution that a woman would not otherwise have had. And that allows her to be an especially effective spy, courier, and smuggler for the Sons of Liberty.
~~~ 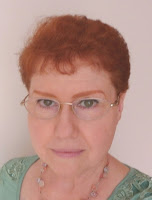 J. M. Hochstetler is the daughter of Mennonite farmers and a lifelong student of history. She is a professional editor, a publisher, and the author of award-winning historical fiction whose books have been endorsed by bestselling authors such as Lori Benton, Laura Frantz, Jocelyn Green, and Michelle Moran. Her American Patriot Series is the only comprehensive historical fiction series on the American Revolution. She is also the author of One Holy Night, which won the Christian Small Publishers 2009 Book of the Year and co-authored the award-winning Northkill Amish Series with Bob Hostetler. Refiner’s Fire, Book 6 of the American Patriot Series, released June 1.