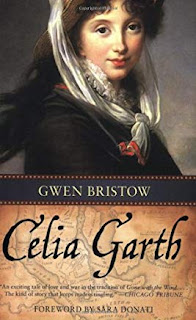 This New York Times bestseller set during the American Revolution is “an exciting tale of love and war in the tradition of Gone with the Wind” (Chicago Tribune).A bustling port city, Charleston, South Carolina, is the crossroads of the American Revolution where supplies and weapons for the rebel army must be unloaded and smuggled north. From the window of the dressmaker’s shop where she works, lovely Celia Garth, recently engaged to the heir to a magnificent plantation, watches all of this thrilling activity. When the unthinkable occurs and the British capture and occupy Charleston, bringing fiery retribution to the surrounding countryside, Celia sees her world destroyed. The rebel cause seems lost until the Swamp Fox, American General Francis Marion, takes the fight to the British—and one of his daring young soldiers recruits Celia to spy on the rebels’ behalf. Out of the ashes of Charleston and the Carolina countryside will rise a new nation—and a love that will change Celia Garth forever.


Shirley here. Last month I attended a writer’s retreat in Charleston, South Carolina.
One of the charming women I met there had just read and recommended an
historical novel set in that fascinating city—Celia Garth by Gwen Bristow.
The book was first released in 1959 and recently reissued as a classic.
When I learned that Francis Marion, better known as the Swamp Fox, is one
of the important secondary characters in the novel, which takes place
during the American Revolution, I decided I had to read it. I’m so glad I
did. I liked the spunky, sassy-faced young seamstress at once. Celia is
independent, loyal, and creative. She’s also a committed Christian,
certain—even in the midst of a cruel, unfair war—that God will work all
things for good.

I loved the way the author immerses her readers in Charleston’s wartime
drama so thoroughly. When Celia is hungry because the British blockade
prevents food from coming into the city, I felt her hunger pangs. When
Celia nervously eavesdrops on Tory customers, hoping to glean bits of
information that may help the patriot cause, my hands got clammy for fear
she would d be detected. 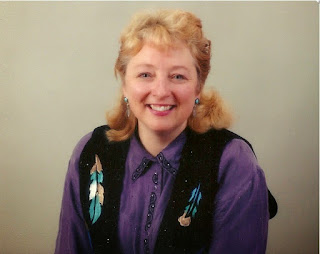 If you’ve been to Charleston—or wish you could go— read this exciting
novel of love and war. Its vivid sense of history, with all the thrills
and threats of wartime, will keep you turning the pages.


Shirley Raye Redmond is an award-winning author of more than 30 books and
hundreds of magazine and newspaper articles. Her nonfiction reader, Lewis
& Clark: a Prairie Dog for the President (Random House) became a
Children’s Book of the Month Club selection. Her upcoming title Courageous
World Changers: 50 True Stories of Daring Women of God will be released by
Harvest House this coming January. Visit her author page on facebook or at
www.shirleyrayeredmond.com
Posted by Heidi Main at 12:00 AM