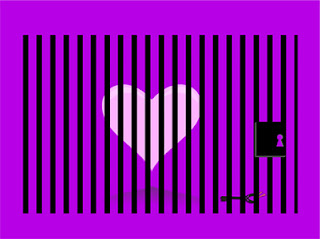 His brothers plotted to kill him in rage and jealousy. The story could be on the news any day of the week, in any city in . Our world has become filled with unspeakable acts of violence and hatred for fellow human beings—total disregard for human life and well-being. Yet this story comes right out of the Bible—the story of Joseph, sold into slavery by his brothers only because there was more profit in selling him than in killing him.

When I become angry, it is usually because I feel my rights were trampled on. I get irritated, thinking and saying things, which hurt others in attempts to repay them for things that hurt me.

The results—hurtful words, hateful looks, broken relationships and shattered lives. The newspapers and our discussions over lunch or at the water cooler are full of them.

Time and again in the book of Genesis, we read about the Lord prospering Joseph in everything he did, even though he was still in slavery. The Lord gave him such success even his master saw God was with him. The Lord showed him favor and kindness in prison. He became second in command to the most powerful ruler in the known world. What an attitude of trust and acceptance Joseph must have had. How graciously he must have submitted himself to the authorities over him. How accepting he must have been of the place he found himself in, understanding God’s concern was more about his character than his circumstances.

Because of Joseph’s acceptance and obedience, even in situations he did not deserve, God blessed him. He had such peace in his heart regarding God’s control of all things that he forgave his brothers for the terrible injustice they had wrought upon him.

The story of Joseph convicts me that I must submit my attitude to the Lord before others can see Him reflected in me. Rebelling and grumbling hurt me, my witness, and sometimes the people I love.

I must choose daily to allow God to bless others through my attitude of submission and acceptance. I cannot control the actions of others, but I can control my reaction to them.

Norma Gail’s contemporary Christian romance, Land of My Dreams, released in 2014 by Lighthouse Publishing of the Carolinas. She is a Bible study leader, and writes devotionals for ChristianDevotions.us and “The Secret Place.” Norma is a regular contributor to the Stitches thru Time blog. She belongs to American Christian Fiction Writers, Romance Writers of America, and the New Mexico Christian Novelists. She is married and has two adult children.