What in the World is Bullet Pudding?

If you are fond of Regency novels, as I am, then you know that the English who lived during this time period certainly enjoyed their amusements. Dancing and card playing were common past times. Party games like Blind Man’s Bluff were played even by grown ups and Shuttlecock—similar to our game of badminton—was a popular summer game. But have you ever heard of Bullet Pudding? No, you don’t eat it. It’s a game too, and it reminds me a bit of bobbing for apples—only messier.

Fanny describes Bullet Pudding like this: “You must have a large pewter dish filled with flour which you must pile up into a sort of pudding with a peak at the top, you must then lay a Bullet at top & everybody cuts a slice of it & and the person that is cutting it when the Bullet falls must poke about with their nose and chin until they find it & then take it out with their mouth which makes them strange figures all covered with flour but the worst is that you must not laugh for fear of getting flour up your nose & mouth & choking you. You must not use your hands to take the Bullet out.”

Sounds hilarious—and messy! Can you imagine a scene with someone like the proper Mr. Darcy playing such a messy, rowdy game? I confess, I am tempted to serve up a dish of Bullet Pudding to my family this Christmas—or maybe for the 4th of July, when we can play outside on the picnic table, which will make for easier clean-up. What do you think? 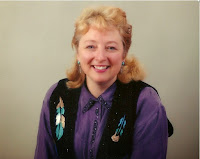 P.S. Remember to leave a comment to get your name in the drawing for Sins of the Mothers by Stitches author Caryl McAdoo! Check the Weekly Windup on June 1 to see if you're the winner.